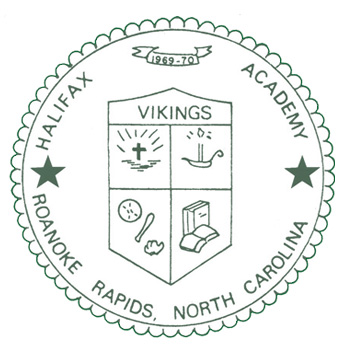 In the spring of 1969, a group of dedicated citizens and parents felt that an alternative choice of higher education was needed in the Halifax County area.  The charter was written and The Halifax Academy, A Christian School, Inc. was born.

A fifteen-acre tract of land, gifted by Mr. William Shearin, operated grades one through ten in mobile units the first year.

Halifax Academy has experienced remarkable growth since its birth in 1969.  During the 1970-71 school year, a building was erected to supplement the mobile units.  A gymnasium with a seating capacity of 900 was also added.

In the spring of 1986 an elementary building was added which included eight new classrooms, a teacher’s lounge, and guidance office.

In the summer of 1989, with funds raised by the Athletic Council, a weight room, and a coach’s office were added to the gymnasium.

Halifax Academy has operated with the aid and support of the parents and loyal friends in the Roanoke Valley area.

Perpetuate an appreciation for spiritual values.
Present opportunities preparing individuals for higher education.
Promote a sense of self-respect, a love for home and family, a dedication to the principles of our national greatness, and the practice of high moral standards.
Project these values through:
a. A curriculum best meeting the needs of the students
b. The employment of qualified instructors
c. Utilizing innovative methods and contemporary materials and equipment.
d. Maintaining an informative relationship with parents concerning achievements and continuing objectives.